First performed in 472 BC, Persians by Aeschylus is the oldest extant Ancient Greek play. Originally, it was part of a trilogy which won the first place for tragedy at that year’s City Dionysia, but the other plays (Phineus and Glaucus) have survived only in a few fragments. It tells the story of Xerxes’ defeat by the Greeks in the Battle of Salamis in the year of 480 BC, as seen through the eyes of the Persians back at the royal palace in Susa. At first, the Persian Elders are optimistic, but their mood changes after Queen Atossa, Xerxes’ mother, shares with them an ominous dream. Her premonition proves correct: before long, a Messenger arrives and brings the news of a devastating Persian defeat at the hands of the Greeks. Despairing for guidance, Atossa summons the Ghost of her late husband Darius back from the dead. Darius reveals to her and the Elders that it was Xerxes’ decision to build a bridge over the Hellespont that brought about his downfall, since, in doing that, he had challenged both Nature and the Gods. As the Persian Elders bemoan their country’s bleak future, Xerxes returns to Susa, but merely a shadow of his former self, looking much more like a helpless pauper than a mighty king.

Written in 472, Persians is the oldest surviving Ancient Greek tragedy. It was part of a trilogy which won the first prize for tragedy at that year’s City Dionysia festival.

We know this from an ancient hypothesis (“introduction”) to the play, written by Aeschylus’ editor, Aristophanes of Byzantium, in the third century B.C.

The hypothesis also states that Persians was the second part of the trilogy which also included Phineus as its first part and Glaucus as the concluding one; the trilogy, as it was customary, was followed by a satyr-play titled Prometheus (and now known as Prometheus the Fire-Lighter).

Another curious information we can read in the hypothesis is that the future leader of Athens, Pericles, served as this trilogy’s choregos, i.e., its main sponsor and financier.

The scene is the Persian royal palace at Susa, near the tomb of Persia’s recently deceased ruler, Darius the Great; the year is 480 BC.

At the beginning of Persians, the Chorus of Elders enters the stage and describes the glory of the Persian army, which (as we learn) has recently embarked on a mission to conquer Greece, led by its supreme commander, Xerxes.

Their glory songs (interspersed with dark premonitions and tacit anxieties) are interrupted by Xerxes’ mother, Atossa, who enters the stage profoundly distressed by both a dream and a waking vision.

In the dream, she tells the Chorus, her son had been humiliated by a Greek lady just after subjecting to his will a Persian one. Similarly, in the vision, a falcon plucked with his talons at the head of an eagle, which “did nothing but cower and yielded its body to his foe.”

Suddenly, a messenger arrives and reports that Xerxes’ mighty army has been decisively defeated by the Greeks in the great sea battle of Salamis.

And not only have almost all of the Persian ships been destroyed in the narrow Straits of Salamis, but also the land army has been practically annihilated by natural disasters during its retreat; fortunately, Xerxes is still alive and should return soon to Susa.

Customarily, the first episode ends with a choral ode (first stasimon) in which the Persian defeat is lamented, and its magnitude and effects are scrutinized.

In the short second episode of Persians, the grieving queen prepares an offering to the gods of the Underworld, hoping that this would bring back the specter of the late king Darius back to his palace. Just a few years after his death, Persia seems to need his wisdom and military prowess more than ever.

In its third choral ode (and second stasimon), the Chorus summons Darius’ spirit.

The Elders’ and Atossa’s wishes are granted, and the ghost of Darius appears above his own tomb. After being told the news of Xerxes’ demise, he reveals his surprise at the speed with which “the fulfillment of the oracles has indeed come.”

However, he adds, this must have been hastened by the ignorance, rashness, arrogance, and hubris of Xerxes, who, in his desire to become greater than his father, challenged the gods themselves “when he conceived the hope that he could by shackles, as if it were a slave, restrain the current of the sacred Hellespont, the Bosporus, a stream divine.”

Before Darius leaves, he advises his widow to stand by their inconsolable son after his return, and to prepare suitable clothes for him in the meantime, since, as he says, “through grief at his misfortunes, the embroidered apparel which he was wearing has been torn into tattered shreds.”

Finally, Xerxes returns, and everything from his entrance to the end of the play is one continuous lament, first chanted by the Chorus alone, then shared with the king; he, unattended and in rags, looks much more like a lifelong pauper than the still-mighty ruler of Asia.

Since Persians is the earliest Greek play that has reached us, it is certainly not strange that it is rather simple and straightforwardly structured: in no scene more than two actors converse, and the Chorus plays a pretty prominent part throughout.

Interestingly enough, rather than from mythology, the play takes its plot from an actual historical event, the Battle of Salamis, which had occurred merely eight years before Persians was put on stage (in 472). And it wasn’t even the first tragedy to deal with the subject: written in 476, Phrynichus’ lost play, Phoenician Women, covered pretty much the same ground!

There’s, of course, a reason for this: the Greeks prided themselves in their famous victories against the enormous Persian Empire, especially with the decisive one in the Battle of Salamis.

And this is evident throughout the play, which – though ostensibly a tragedy told from the point of view of the defeated – is pierced with understandable biases and implicit venerations of Athens and the Greek culture; as a matter of fact, at no less than eight places, the Persians refer to themselves as Barbarians!

This feeling culminates in the play’s crucial scene – the third episode – when, asked by the Chorus of Elders “How, after this reverse, may we, the people of Persia, best prosper in time to come?” the Ghost of Darius answers: “If you do not take the field against the Hellenes' land, even if the forces of the Medes outnumber theirs.”

There are many translations of Persians available online, both in verse and in prose; if you are a fan of the latter, you can read Herbert Weir Smyth’s translation for the Loeb Classical Library here. If, however, you prefer poetry, feel free to delve into Gilbert Murray’s rhymed adaptation here. 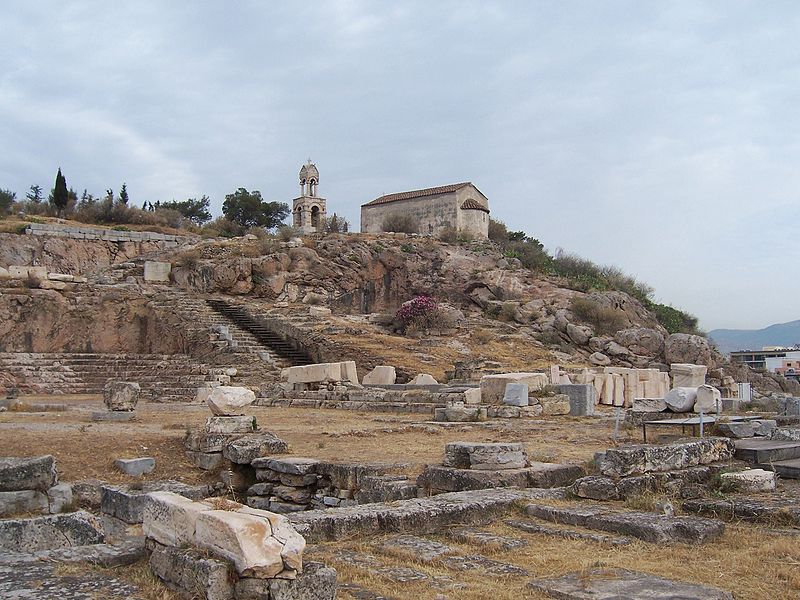